The store will not work correctly in the case when cookies are disabled.

GET IT IN TIME FOR CHRISTMAS!
DEC. 21ST: DEADLINE FOR EXPEDITED SHIPPING (12PM PST)

Skip to the end of the images gallery 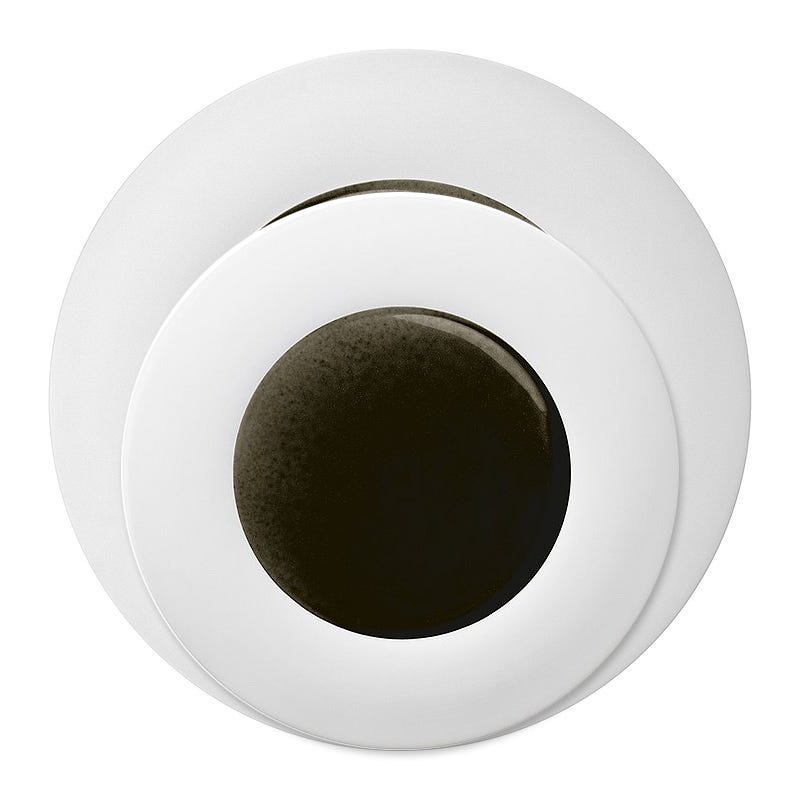 Skip to the beginning of the images gallery

Few objects show off the intensity, vividness, and complexity of the robust black glaze specially developed for the "Obsidian" collection as well as the carving platter with its large serving surface. A hand-poured glaze, black and iridescent, that stands out against the matte white bisque porcelain: this is the distinguishing feature of the "Obsidian" collection. Named after the unfathomable, deep black volcanic glass, each fragment of which shimmers in its own unique way, every single object in the collection by Stefanie Hering is likewise unique. The sophisticated glaze settles differently on each piece, creating new effects and color facets every time, from almost translucent grey to impenetrable black. Like all her decorations, Stefanie Hering's “Obsidian” glaze is the result of months of experimentation: until now, anyone who wanted to design porcelain in deep black had to accept that the decoration would be very sensitive, retaining its color intensity only if it was fired at low temperatures. However, after countless tests, porcelain designer Hering and her team succeeded in developing a color glaze that retains its unfathomably deep, rich black shade even after being put through the dishwasher, the microwave, and the constant wear of knives, thanks to the high firing temperatures. The manufactory is thus opening up a whole new dimension of color that will delight top international chefs and consumers alike.
Add to Wish List